The aim of this initiative, the first in Italy, is to create the conditions for channeling resources to the innovative start-up ecosystem. 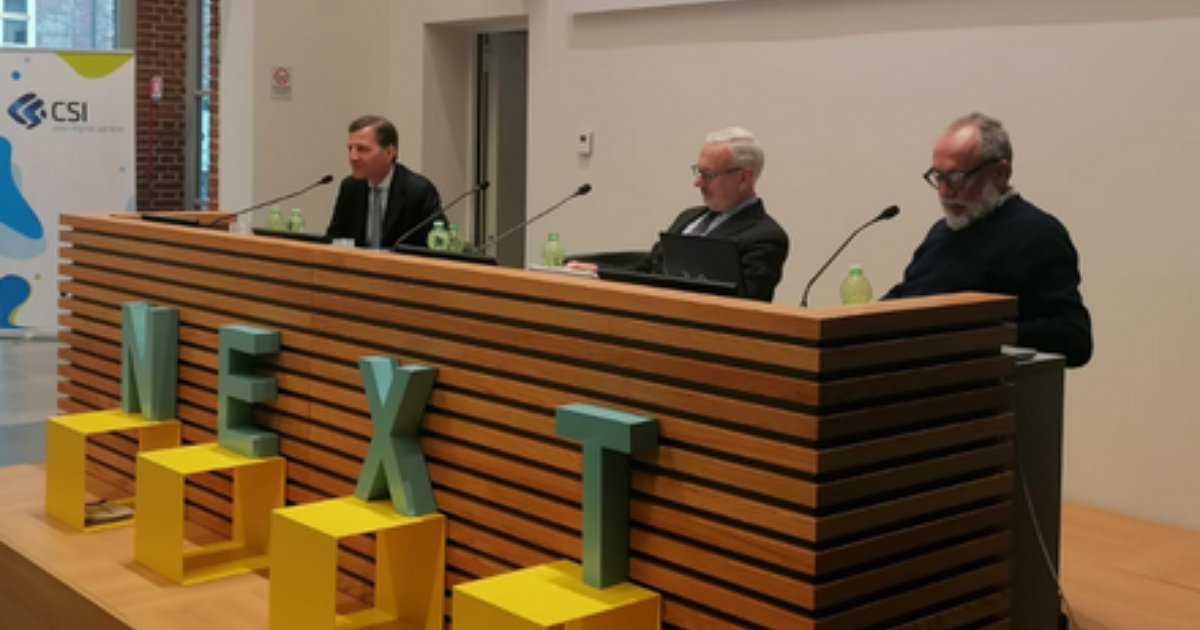 It was announced today, during the conference “Finpiemonte a supporto del territorio: strumenti di finanza alternativa” hosted by CTE NEXT, Casa delle Tecnologie Emergenti di Torino, the entry of Finpiemonte, Piemonte's regional finance company, in the PiemonteNext Fund, established and managed by CDP Venture Capital. The aim of this initiative, the first in Italy, is to create the conditions for channeling resources to the innovative start-up ecosystem, already in the short-to-medium term.

Facilitating the ecosystem of innovative start-ups was also the theme of the conference, during which several initiatives on alternative finance were presented. These initiatives have supported businesses in the development and consolidation phase, also through the collaboration with specialized services provided by universities, research centers, incubators and accelerators, as well as more traditional public aid, such as regional and EU fundings.

After the interesting insights from Anna Gervasoni, Director of AIFI, on the importance of a public-private partnership and private capital at the service of the real economy, there was an analysis of the key impacts on the local areas generated by the Alpgip Fund, set up in 2017 by the Fondo Europeo degli Investimenti in co-participation with Finpiemonte, Finlombarda, Alto Adige Finance, Finanziaria Ligure per lo Sviluppo and Finaosta. In addition to FEI and three of the selected investment funds in Italy (Claris Ventures, United Ventures and Arcadia), Finlombarda, representing the regions involved, and two companies that have benefited from this initiative and shared their experiences: Resalis Therapeutics and Young Platform, were also present.

For CDP Venture Capital, this is the first regional co-investment fund to be launched: a model applicable to all regions in Italy that aims to channel resources from local players into the development and growth of local start-ups. CDP Venture Capital is present in Piemonte with several infrastructure initiatives that are already up and running, such as three acceleration programmes - Takeoff, on aerospace and advanced hardware, Personae on welfare, and Magic Spectrum on IoT and 5G - which are part of the Rete Nazionale CDP and the Polo Nazionale di Trasferimento Tecnologico per la Sostenibilità, Tech4Planet, of which Politecnico di Torino is scientific promoter.

Mariateresa Buttigliengo, Director of Finpiemonte, illustrated Finpiemonte's intervention in the role of cornerstone investor in the PiemonteNext Fund. Comparto Due, specifically created for Piemonte's regional finance company, will invest together with CDP Venture Capital funds such as the Acceleratori Fund, the Technology Transfer Fund, the Corporate Partners I corporate venture capital fund, the venture builder Fondo Boost Innovation, and the Evoluzione fund, with the possibility of extending co-investment to other funds such as the Large Ventures fund and the two Green Transition Fund and Digital Transition Fund that will soon be activated thanks to PNRR resources. The investments are targeted to innovative start-ups and SMEs with operational headquarters in Piemonte, regardless of whether they are technology transfer spin-outs, new companies coming out of acceleration programs, early or late-stage companies.

Some of the players that help support the system of innovative enterprises and start-ups in Piemonte, also in collaboration with Finpiemonte and CDP, including Fondazione CRT, LIFTT Venture Capital, the Takeoff accelerator and ESA BIC Turin, dedicated to the aerospace sector. These entities provide scientific and technological support for the development of products and services. I3P and Bioindustry Park, Finpiemonte's subsidiaries, cultural forges of companies with a technological and innovative calling, which choose to receive support in the realization and development of their business ideas.

Michele Vietti, President of Finpiemonte, made several comments during the event, also regarding the experiences of other regional financiers in Italy that he represents through the ANFIR association: "Finpiemonte's participation in this initiative as an independent investor creates the prerequisites to generate a series of initiatives in synergy on the territory, alongside the funds for the new 2021/2027 ERDF programme, and concrete spin-offs on the ecosystem of innovative startups in Piemonte, which represents the sixth largest Italian region in terms of the number of registered start-ups - in the second quarter as many as 790 - and makes Turin the fourth Italian province. By adhering to these agreements, the financiers have an important role, whether they operate as independent investors or become the bearers of public funds, on behalf of the Regions involved: to generate a leverage effect with respect to the attraction and activation of regional, national and international, public and private resources and investors, which can help to give greater strength and drive to the initiatives that will be outlined in the various regions".

"The role of the Regions and local actors is fundamental for the development of the territories. Start-ups need investment, but they also need a system that is able to recognise their potential and integrate it into the local economy so that they can thrive", stated Alessandro Scortecci, Director of Strategy & Business Development at CDP Venture Capital. "The PiemonteNext fund, which we are launching today, is a replicable model that allows us to work in this direction: to co-invest in the opportunities selected by our teams by maximizing the impact of resources on the territory".

ActInSpace Turin 2022: the award-winning projects at the I3P space hackathon

Five competing teams won prizes at the Turin competition thanks to their innovative ideas in the field of space economy: some of them could now evolve into real start-ups.

NSE Expoforum Pitch Competition 2022: an opportunity for start-ups and scale-ups

The initiative offers a €30,000 total prize pool and the participation in the NSE ExpoForum 2022 in front of investors, companies and space agencies.

Are you an Italian startup interested in the Spanish market? Enter the competition by October 30, 2022 to fly to Barcelona and present your business idea!